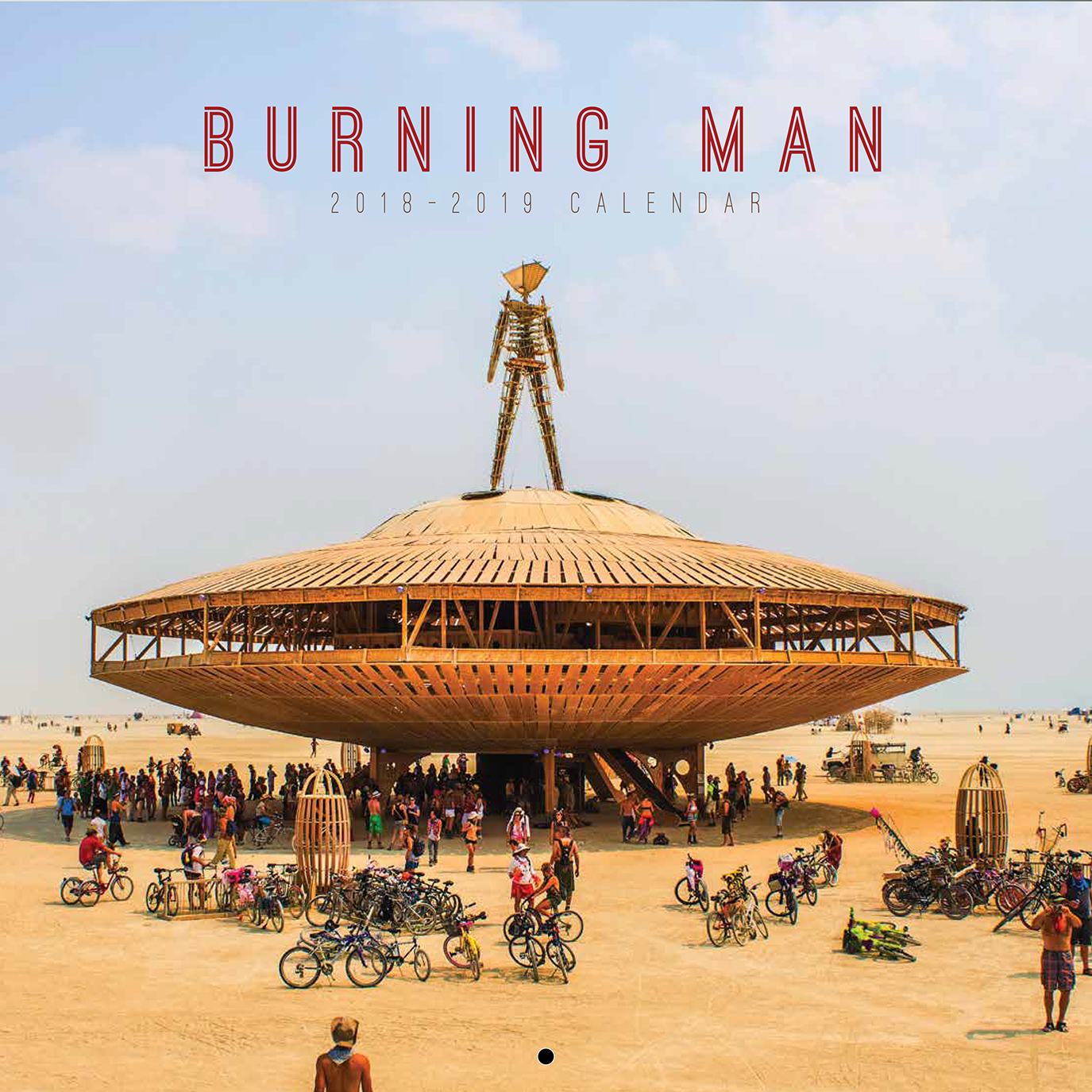 The 2018-2019 edition of the Burning Man Calendar was the last that I produced for the organization after 17 years and originating the project in 2003. The calendar was a side project that I took on in addition to my year-round responsibilities as Head of Technology. After 16 years of laborious long nights and working weekends all summer to send the next year's version to print before the Burn Year started again, it was time to take a break. The calendar was one of the very few products actually produced and sold by the organization. This last calendar also has a special place in my heart, as it was the last one which was produced while Burning Man Founder Larry Harvey was still alive.

In anticipation of a major exhibition called No Spectators: The Art of Burning Man, which was scheduled to be at the Renwick Museum of the Smithsonian in Washington, D.C. in the Spring of 2018, we moved up the production timeline of the calendar so it would be ready in time for the show.

A clean block-style layout was selected which was a nod to modern design. The images inside provided a photographic voyage through the history of Burning Man, starting with a rare photo of the first Burn on Baker Beach (thank you, Jerry James!), progressing through the early desert years, and including the only photo we ever printed of the Man burning early in 2007 after being lit by arson, all the way to the modern Black Rock City in 2017 and other Regional Events as they sprang up around the world through the years.

When I suggested this direction, it was because this was as an opportunity to share our evolutionary storyline with a new audience, one that may be experiencing Burning Man for the very first time in the unique new setting of a museum in Washington, D.C. Just a few weeks later, with Larry’s passing, the calendar suddenly became an homage to the life’s work of a dear friend. Thanks Larry.

(UPDATE: After a several year hiatus, I've learned that the organization did produce another calendar in 2020.)