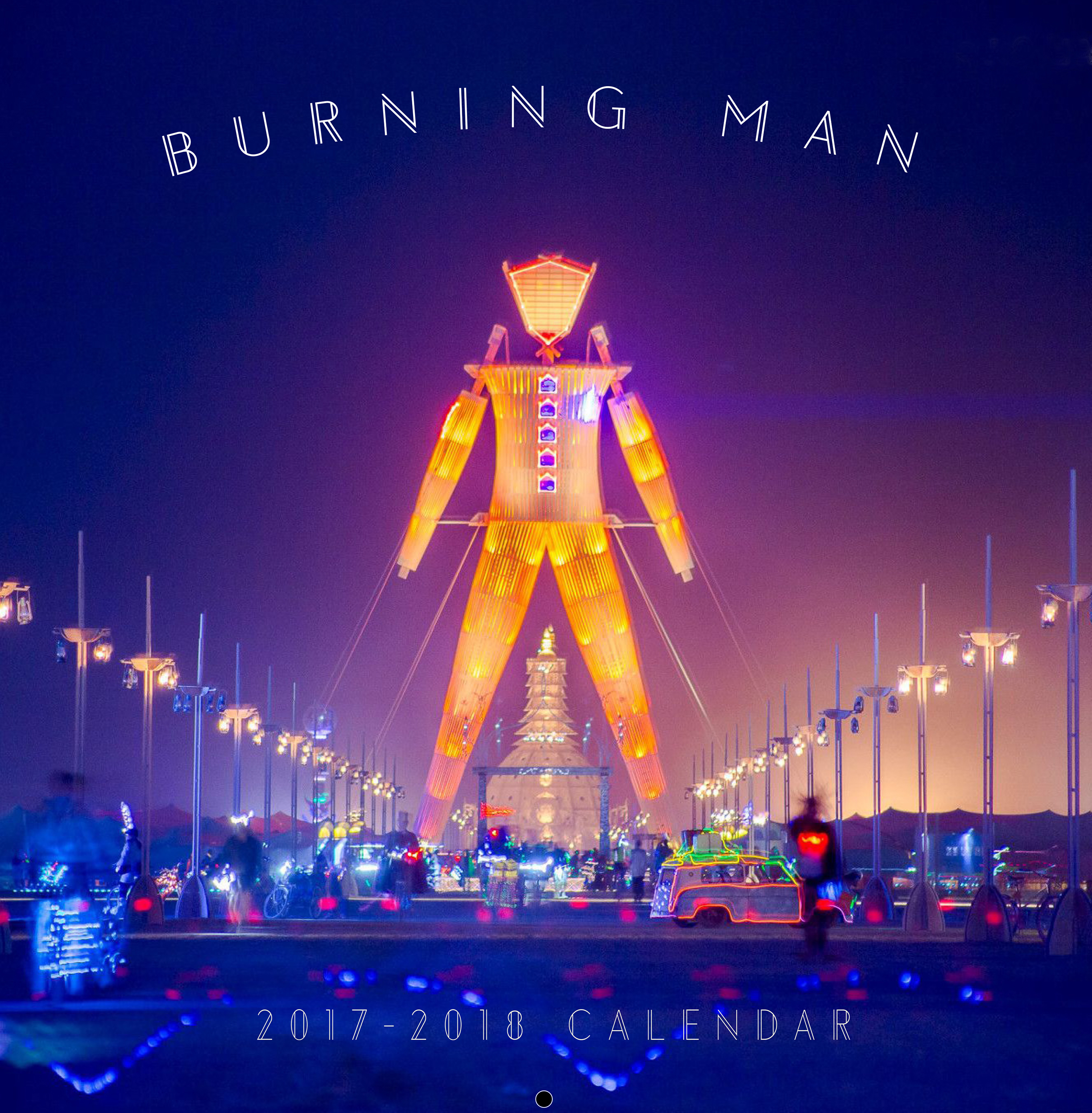 An entire Burning Man Calendar was created to celebrate Burning Man's 10 Principles with the version that was produced in 2017. The first month of the calendar introduced the 10 Principles, then each one was featured: Radical Inclusion, Gifting, Decommodification, Radical Self Reliance, Communal Effort, Civic Responsibility, Leaving No Trace, and Immediacy. And since there are 12 months in the year, what did we do for the last spread? Featured a glorious photo of fire, of course!

The design of the 2017-2018 calendar was inspired by the circular shape of Black Rock City. The 2:00-10:00 clock face shape had been used to lay out the streets, with art in the center and beyond, since 1999. It was within the arms of this city layout that the culture of Burning Man emerged, came to life, and eventually expanded beyond the desert to the far corners of the world, so it was fitting that the calendar honoring the 10 Principles also honored Black Rock City.