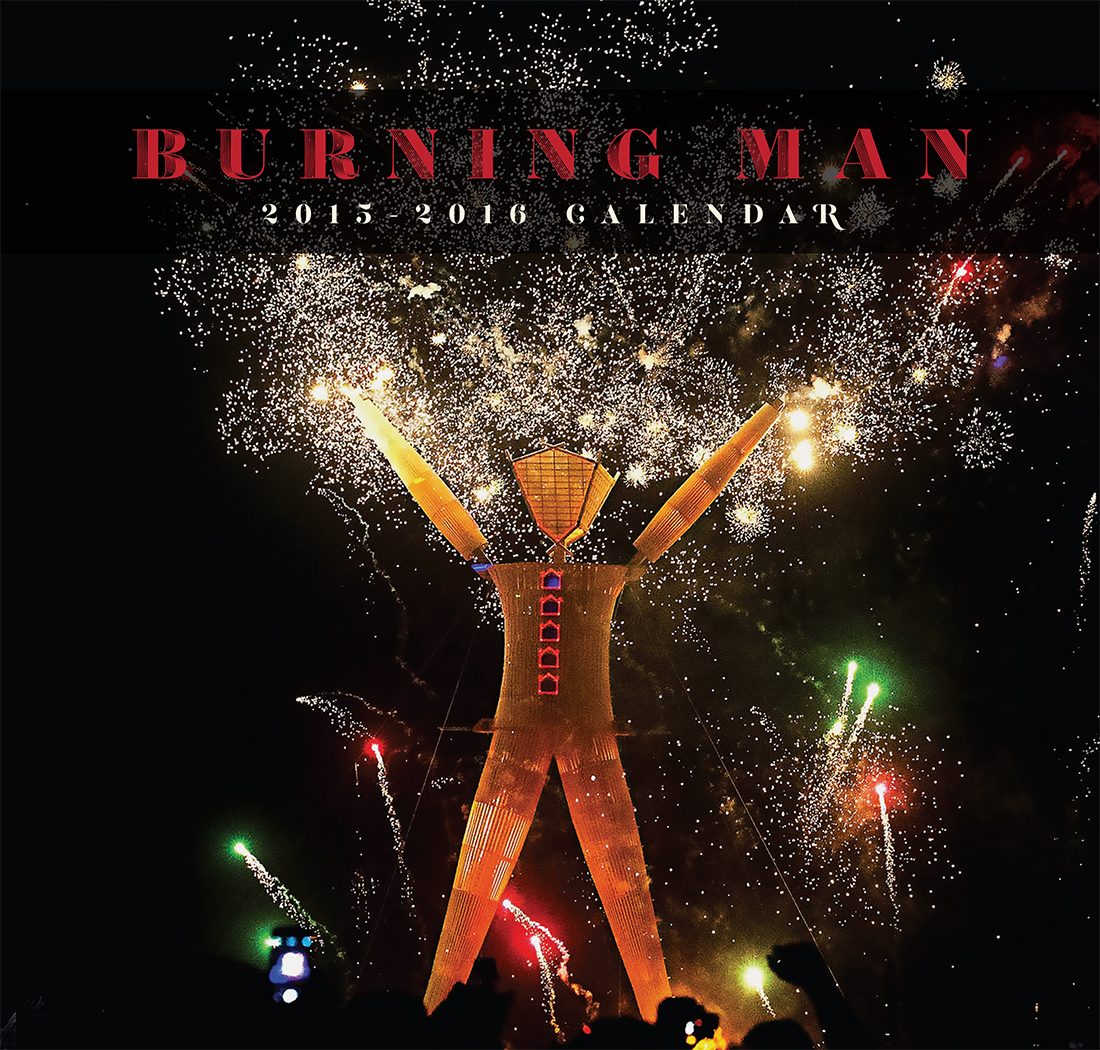 With an explosive picture of the first giant Man on the cover, this classically styled edition of the Burning Man calendar was produced for the 2016-2017 burn year and showcased Burning Man art out in the world.

Among the 80 or so images throughout, some were included of a temple created by local Burners and installed on a lake at George Mason University (my graduate school alma mater), art installations from the BURN2 official regional event in virtual reality, and a temple by David Best and crew erected in Londonderry, Ireland.

Included on the bonus page with the extra calendar spreads to complete the year of 2017, was a stunning photo of the Fly Geyser at Fly Ranch. The property had just been purchased by Burning Man, with the help of 14 donors, several days before the calendar went to press.