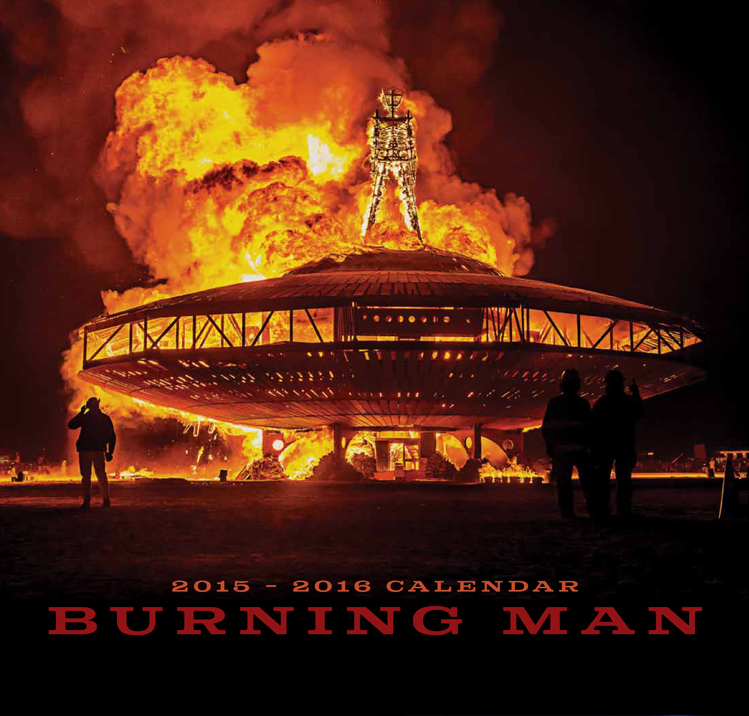 With 100 official regional events and 300 community leaders located all over the world, by 2015 Burning Man was no longer just an event in the desert. It had become a global cultural movement and a topic of conversation at dinner tables everywhere, even for those who had never attended the main Black Rock City event in Nevada.

One could literally explore the globe and find Burners anywhere and attend an official event every weekend if you wanted to. For the 2015-2016 Burning Man Calendar, it was decided to celebrate the global presence and pioneering spirit of Burner culture. The calendar design honored an old explorers journal, with a linen textured background, and feature stories from geographically dispersed official regional events overlaid on map graphics from the locations of those events located in Colorado, South Afrika, Canada, Western Pennsylvania, Miami, Australia, Israel, the Mid-Atlantic region, New Zealand, Europe, Utah and China.

The only artistically manipulated image presented in the history of the calendar was featured on the back cover, which had morphed a background of Black Rock City so it looked like the Man was standing on a beautifully illuminated world.

Deep and heartfelt gratitude to all the photographers, artists, camps, mutant vehicle owners, regional contacts, performers, artifact creators and other contributors to the project, each of whom gave permission for their work to be included and was thoroughly credited in the project and sent copies of the final product. This edition of the calendar included a memorial to Dr. Steven Fritz who was a long time and valued contributor on the Burning Man Documentation Team, providing many beautiful images to the Burning Man archives, calendar, website and more.