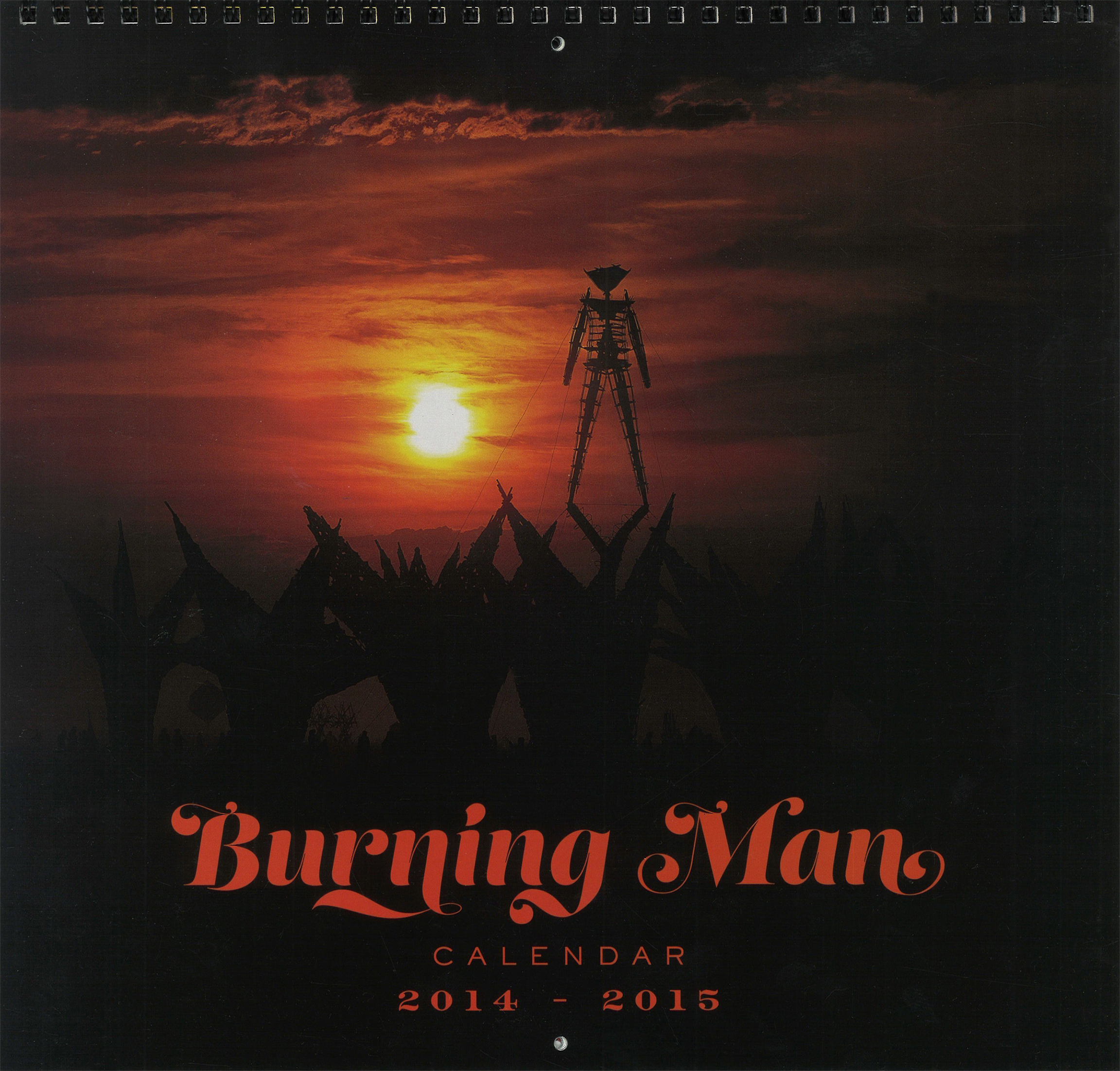 For the 2014-2015 Burning Man Calendar, after years of playa grungy, weathered and the occasional clean modern lines, it was decided that we could let Burning Man get a little fancy for a change. We adopted a flourished script and design elements throughout, which were applied to a similar split-grid layout and square shape as the year before.

This edition contained approximately 48 images which told the story of Black Rock City as well as Burning Man out in the world. This had become the defacto approach by now. Photos were included such as a solar array installed by Black Rock Solar, Larry Harvey speaking at the Artumnal Fundraiser in San Francisco, art projects sponsored by the Black Rock Arts Foundation, Burners Without Borders memorial for Hurricane Katrina, effigies at regional burns and much more.

A new twist was to include a gorgeous fiery photo and a black background for the bonus calendar spreads at the back of the pages. Historically we had only ever used light backgrounds so the grids could still be written on. It was around this time that we learned that we, as the calendar producers, were probably the only people who actually ever wrote on our calendars. Everyone else told us they kept theirs as pristine as possible so they could keep them and show them to others for years to come. Admittedly, we kept a few pristine copies for ourselves too.