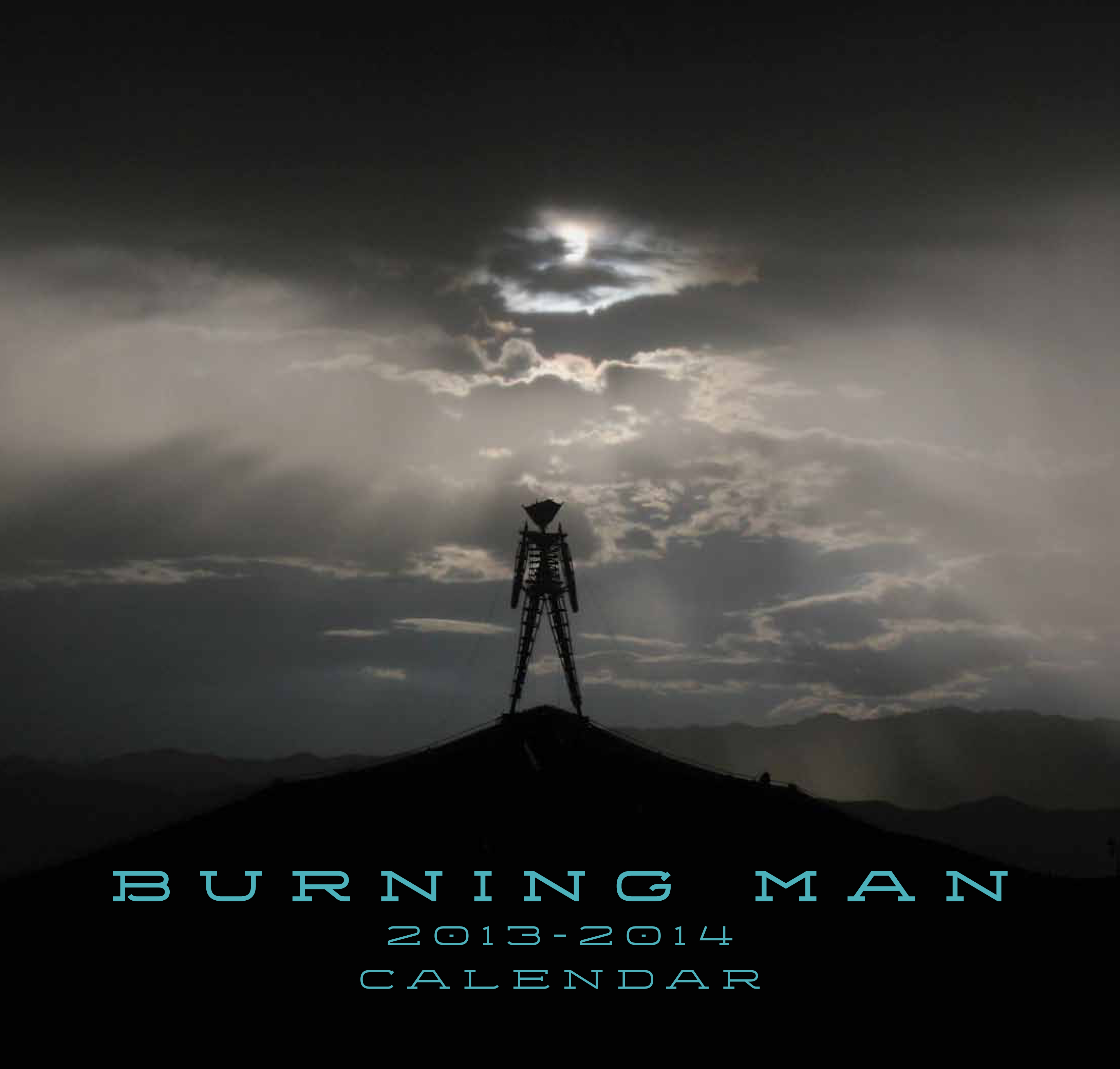 The 2013-2014 Burning Man Calendar was produced as a square 11x11 inch shape which doubled in length when unfolded with a single hole for hanging. This edition featured a serene silhouetted photo of man on the cover and a clean modern design.

Leaning heavily into the continued growth and activities of the Burning Man Regional Network, this was the first time a few of the month spreads only contained images from around the globe or Regional Network activities. For example, one spread included photos from the Lakes of Fire event in Michigan, the Burn in the Forest event in Vancouver, the Apogaea event in Colorado and an effigy from the Circle of Regional Effigies (CORE) projects which were built by regional groups and installed in a circle around the Man, and then burnt on a separate night for 2 years in Black Rock City.

For this edition of the calendar, the usable grid was presented in different formats on different spreads, some had half on top of the fold and another half below, some had the grid all vertically along the whole spread.