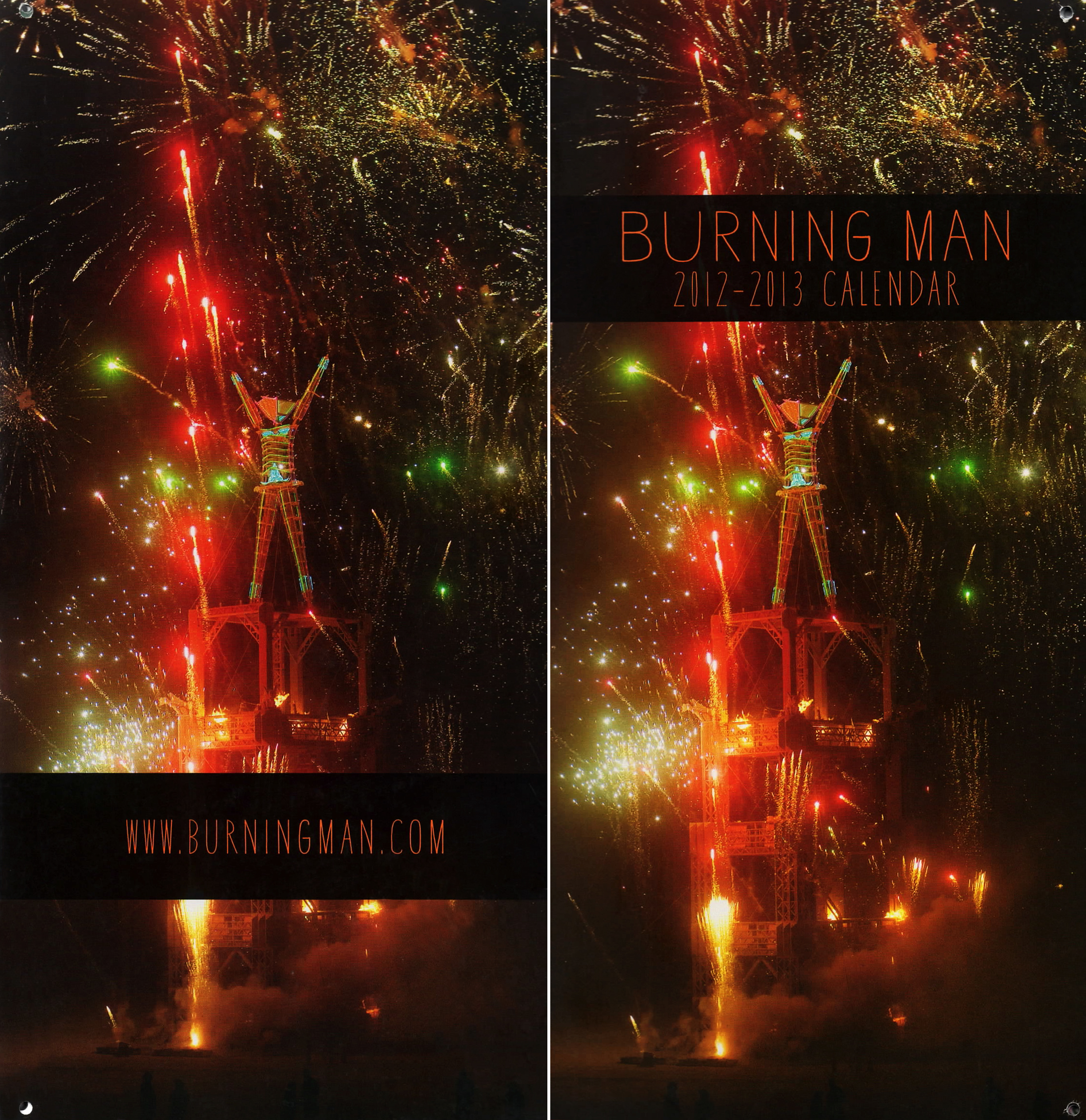 The 2012-2013 Burning Man Calendar was produced with a wire-o binding down the side like a book. When the calendar was opened, it became a full square layout. Instead of a monthly view, each spread contained two weeks of calendar grid so it was a bit like a week planner, but there were holes punched in the corners of the calendar so that the whole thing could be hung on the wall like a wall calendar, so it was a hybrid of both styles.

This was the first and only time, the front cover image was repeated on the back cover of the calendar. For this edition, the placement of the images and the calendar grid was varied from top, middle, or bottom and that allowed for the inclusion of vertical and double spread imagery.