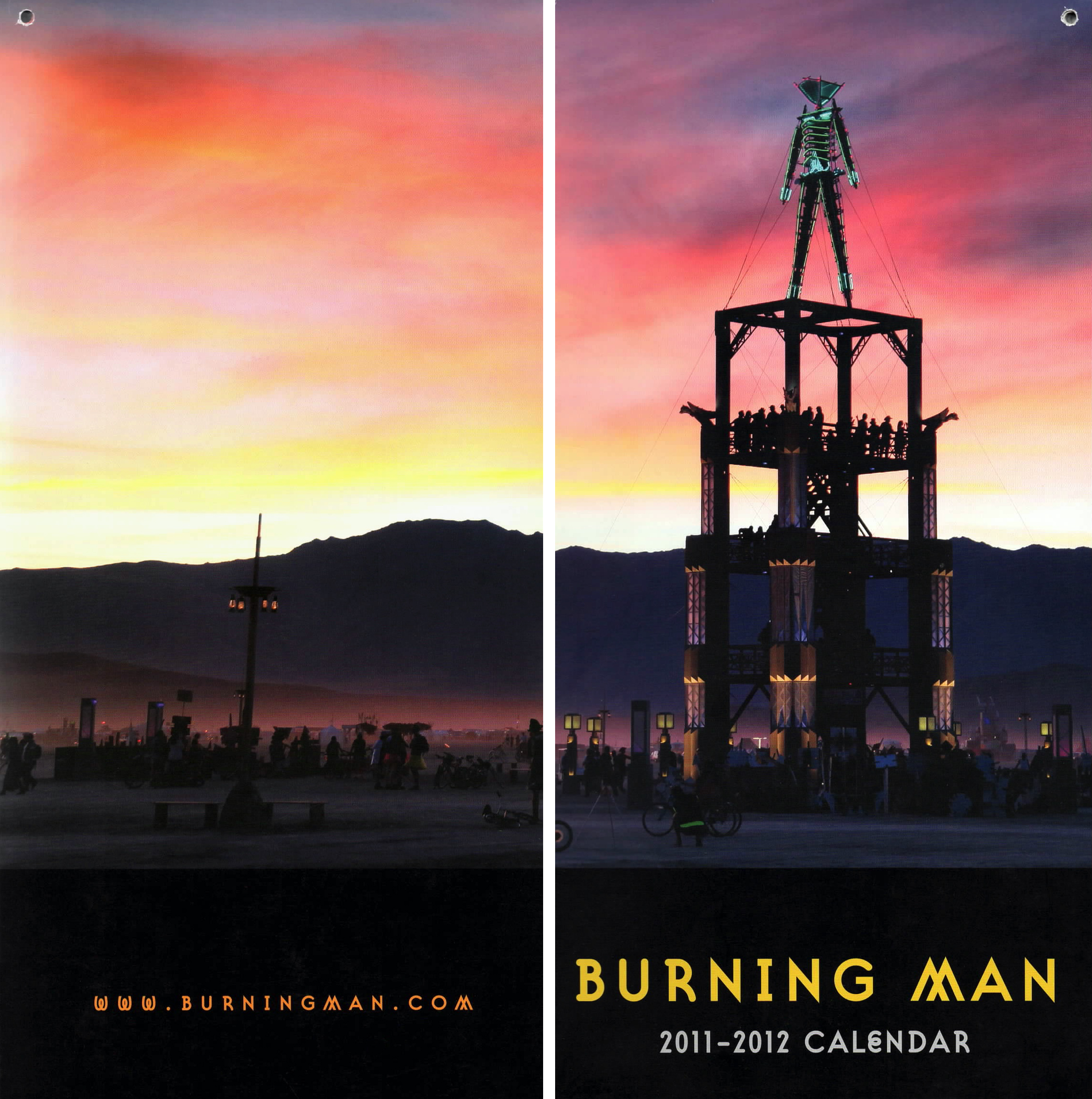 The 2011-2012 Burning Man Calendar was produced using a new layout and style. This version was vertically oriented, with a wire-o binding down the side like a book. When the calendar was opened, it became a full square layout with photos along the top and bottom of each spread. Instead of a monthly view, each spread contained two weeks of calendar grid so it was a bit like a week planner, but there were holes punched in the corners of the calendar so that the whole thing could be hung on the wall like a wall calendar, so it was a hybrid of both styles. Users could choose which format they wanted to use.

Over 100 images were included that demonstrated the diversity and impact of Burning Man culture, such as official events produced by regional groups, artwork in the virtual BURN2 platform, civic art projects in San Francisco made possible by the Black Rock Arts Foundation, installations at the Decompression street fair, solar arrays installed by Black Rock Solar along route 447, Nevada's "Solar Highway", Burning Man art installations in front of the Nevada Museum of Art, and much more.