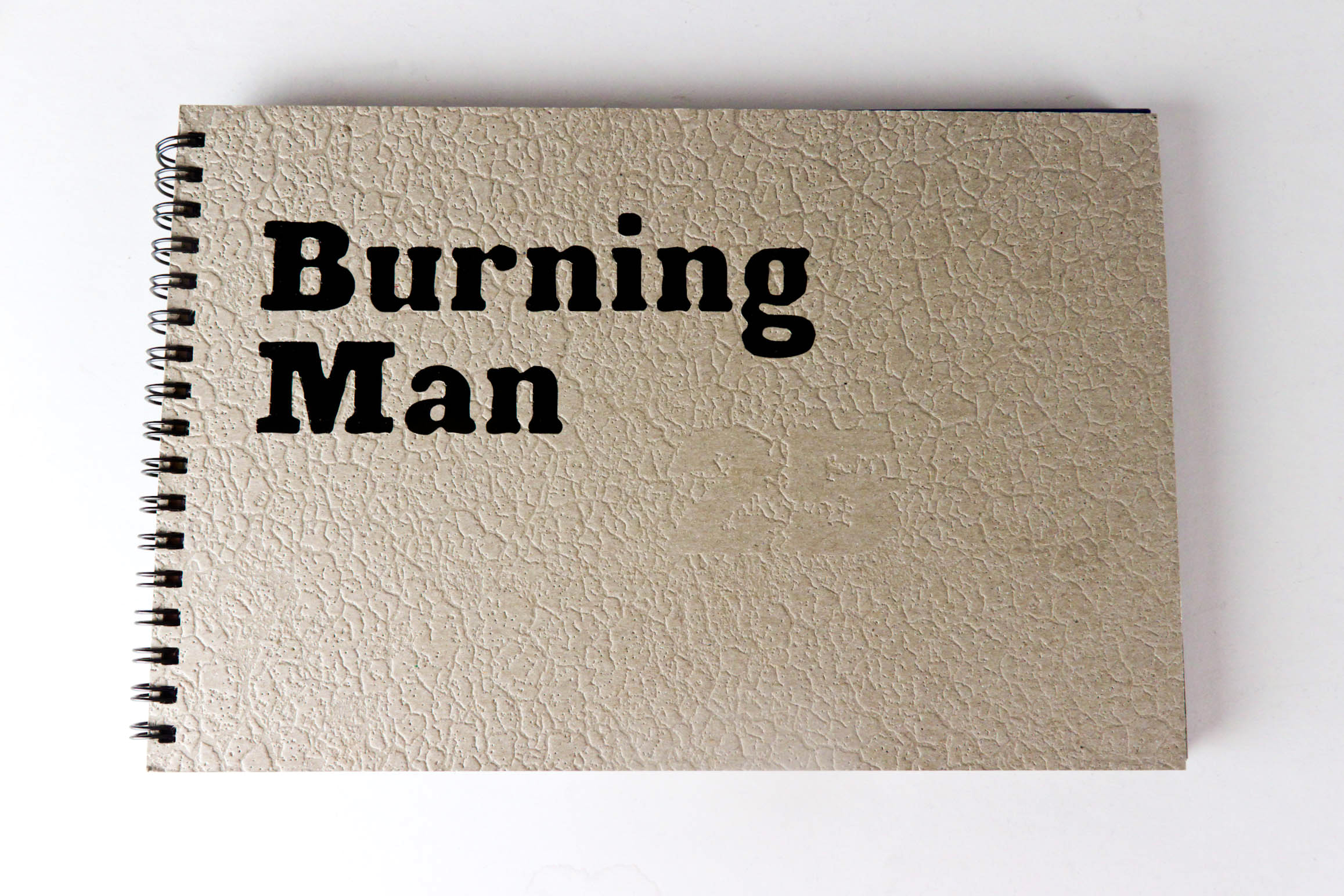 2011 was the 25th anniversary of the first burn on Baker Beach in San Francisco, so we wanted to do something special to mark this significant milestone. This came as a dramatic (and somewhat controversial) twist on the format of the 2010-2011 Burning Man Calendar, which was created in the layout of a week planner that you might keep on your desk (back when we all actually wrote things down.)

The cover of the calendar was printed in a very heavy card stock embossed with the cracked surface of the playa along with a very subtle number 25. The calendar ended up with over 100 photos from 35 photographers, including imagery from all over the "Burnerverse" from regional events, BRAF projects and even images from the first virtual Burns in BURN2 on Second Life. This project was as much a photo book as a calendar.

In between each pair of images, was a page of slightly transparent vellum paper, which could be read and used from either side of the sheet. This way you could still enjoy the photo underneath while using the functional part of the calendar. To make it a collectible item, and add some interactivity, the book was spiral bound and each of the vellum sheets could be torn out later, at the end of the Burn Year or whenever, which left the user with a photo book that they could enjoy forever.

A limited batch of the books was produced without the calendar pages on vellum so they could be sold separately just as photo collectibles.

All but the first edition of the Burning Man Calendars were produced in partnership with designer Arin Fishkin. You can learn more about the nuances and history of this project in this post on the Burning Man journal.