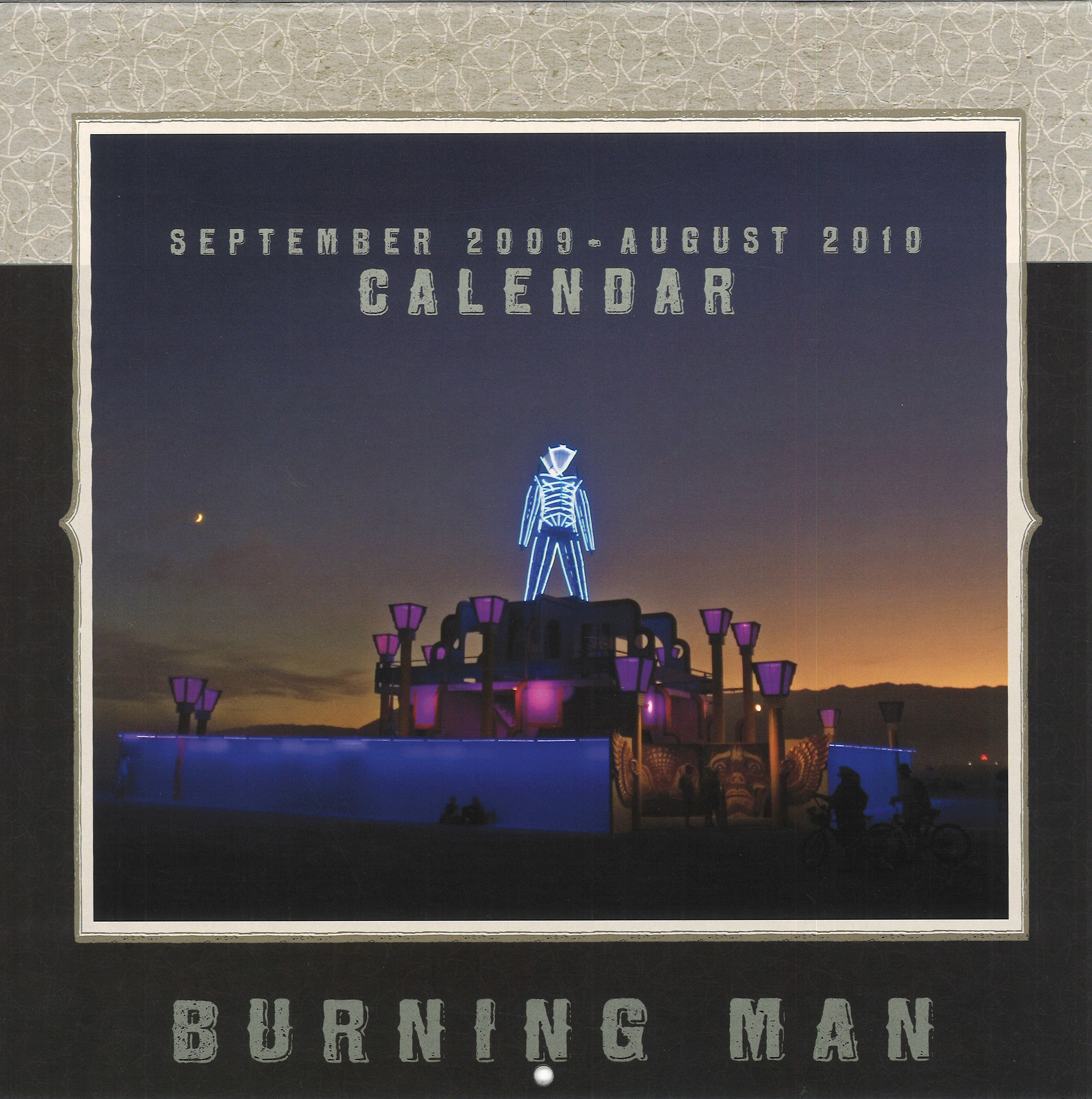 To illustrate and celebrate the expansion of the Burning Man Culture around the globe, in addition to the usual collection of glorious photos from Black Rock City, the 2009-2010 Calendar featured hero images which came from official regional events, Burners Without Borders projects, and Black Rock Arts Foundation (BRAF) grant recipients.

Images and artifacts came from diverse events such as the Participarade in San Francisco on "No Spectator's Day" (a holiday officially declared by former SF Mayor Willie Brown), BRAF fundraising events, the dedication of a solar array gifted to the school in Gerlach, Nevada by Black Rock Solar, a Burners Without Borders project in Pisco, Peru, and many more examples of Burning Man culture, affiliate groups and civic projects in action.

As a new design element, a photo was included behind the usable calendar grid which also extended to the top of the main layout as the header of each spread. This year the images and square artifacts were presented in frames, making each page seem as though a collection had been curated and hung on a wall for display.