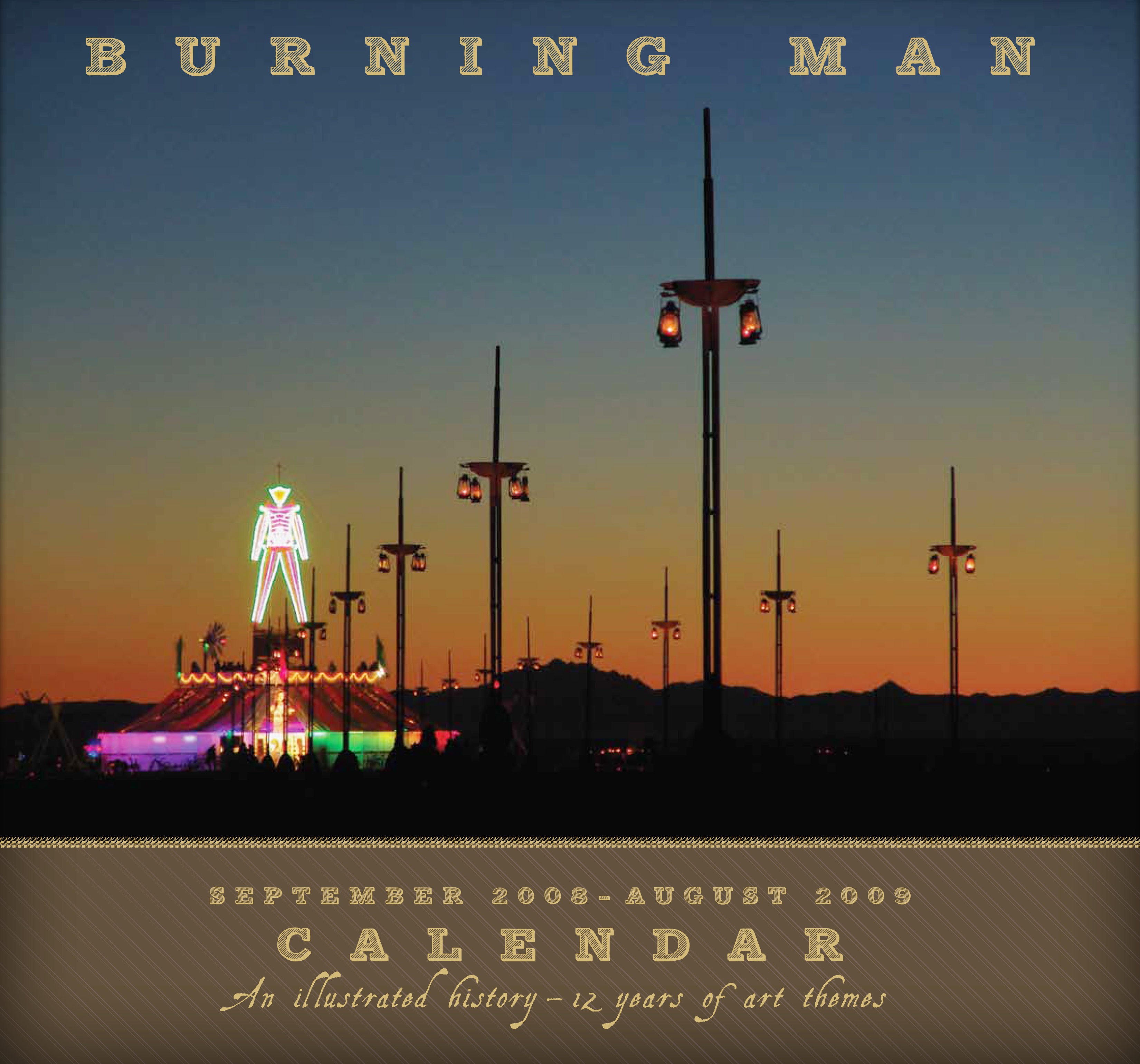 I am a sucker for a theme, so one of my favorite years of the Burning Man Calendar was produced in 2008. I had been waiting for this moment. The tradition of the Burning Man event having a centralized art theme only started in 1996 with “The Inferno.” Now that there had been 12 years of themes, there were enough so each month spread of the calendar could be designed in the spirit of each theme, including representative images, fonts, artifacts and cartouches.

For this special edition, we splurged a tiny bit on the print costs and incorporated gold metallic ink touches for some extra cowbell. The gold was applied to the title, cartouches, and illustrations of the city layout. Pieces of the city maps from each year were included, placed behind the imagery, to give extra richness to the layout and provide additional historical interest. For example, the now familiar 2:00 to 10:00 clock face layout was not used until 1999 to correspond with the art theme of that year, "The Wheel of Time."

Another twist of this year's edition was the use of images behind the calendar grid. This allowed the inclusion of even more imagery, up to approximately 75-80 images in this project.

Another first was the using a photo on the back cover as a featured image. An image was selected of Black Rock City at night from a distance in front of one of the local mountain ranges and below the Moon. This provided a nice juxtaposition with a serene vantage point and reflective moment, in contrast to the art and action filled images that were included on the inside pages.