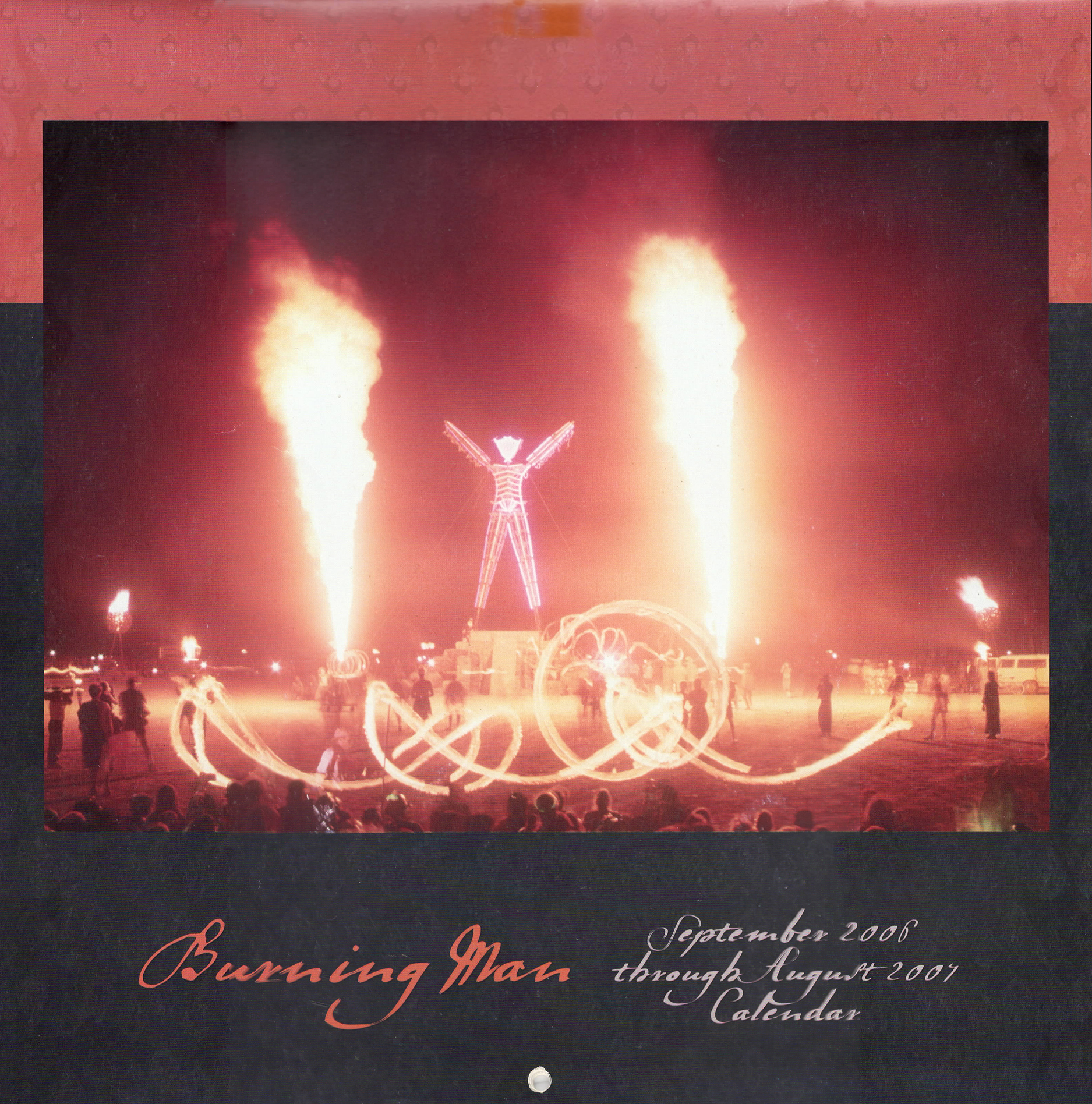 The 2006-2007 Burning Man Calendar featured 86 photographs from almost 30 different photographers. This year's edition embraced the flaming aspects of Burning Man, which were celebrated with the use of a spot varnish up the sides of each spread and on the front and back covers. The varnish was overlaid on top of the graphic flames to give them extra shine and pop.

The trivia seen in previous year's editions, was trimmed down on the calendar spread. Instead focus was given to narrative features that were included on each spread that gave highlights on topics such as: the Black Rock Arts Foundation (BRAF) an affiliate nonprofit of Burning Man, The Playa, Civic Engagement, Regional Events, San Francisco Special Events, Burning Man Art in San Francisco, the San Francisco Fire Arts Exposition, and the Black Rock Desert.

Since these calendars are "Burn Year" calendars, that meant that the previous years edition would end as of August each year. The 2006 version of the calendar was the first time that additional, albeit smaller, calendar grids were included on the back spread to enable the user to plan through the rest of the year. This also gave the opportunity to include another feature image.