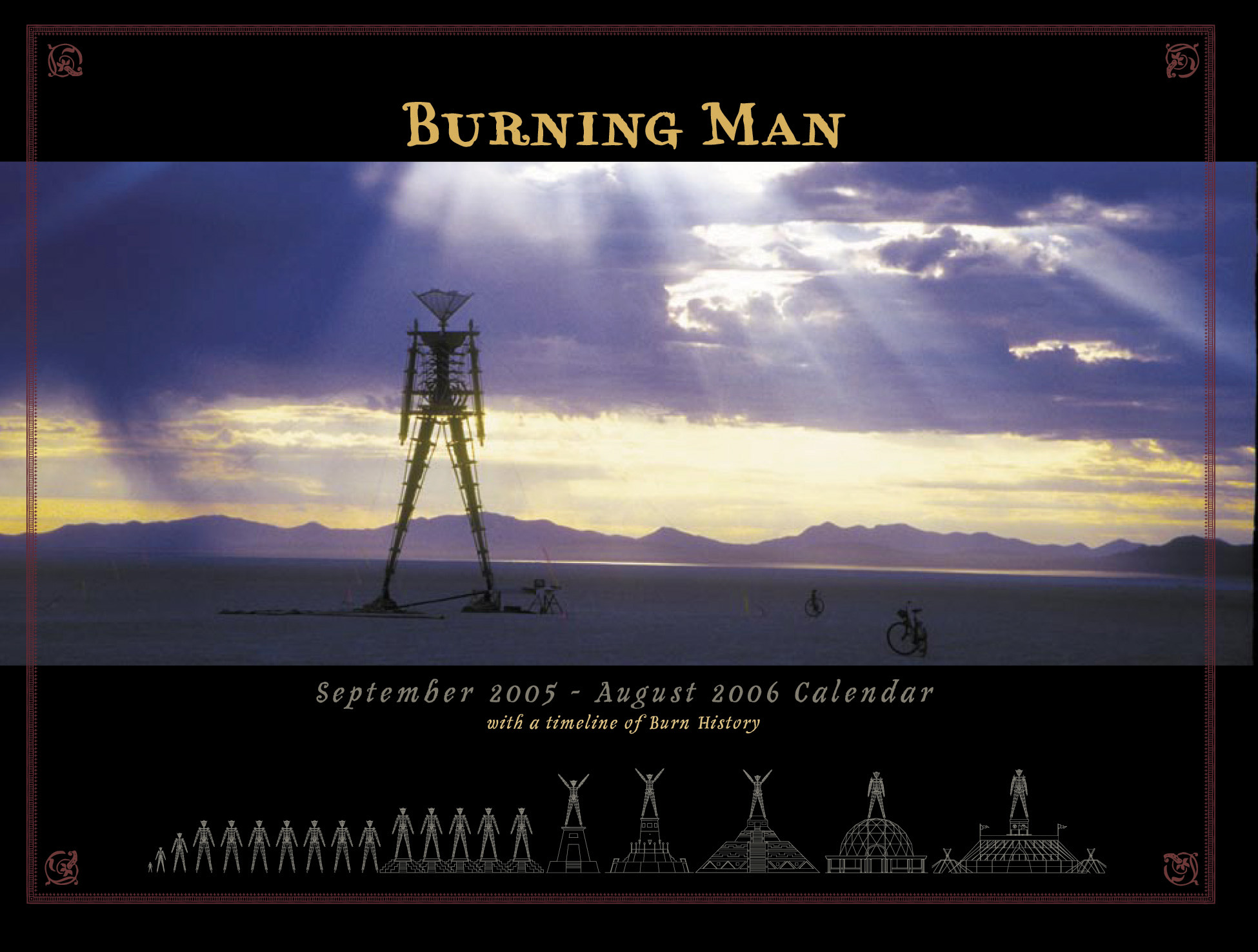 For the 2005-2006 calendar, in celebration of the 20th anniversary of the Burn, we took on the daunting task of creating a summary timeline of major events and milestones in Burning Man history. This required me to conduct numerous interviews with Larry Harvey and other founders, read several books, research old news articles, and carefully reconcile and negotiate the different opinions and memories about who started what and when.

This is when I learned the little-known story of the wooden dog that was burned alongside the first Man on Baker Beach, which had been built by Larry Harvey’s son, Tristan, and Jerry James' son, Robin.

Another rarely discussed event happened in 1990 after the Burn was denied on Baker Beach. The Man had to be quickly rebuilt after he was mistakenly reduced to kindling by a zealous neighbor with a chainsaw, who thought it was scrap wood. The new Man was finished just hours before the group left for the first trip to the Black Rock Desert. Sadly, many images from these early adventures were long gone or were only big enough to print the size of a postage stamp, but we got creative and made it work, and included historical moments such as the first web page on The Well, the first Jackrabbit Speaks newsletter, the cover of Wired magazine, and so on.

Because of the historical nature of this edition, I was able to get permission to include some photos which were usually not shared widely with the public. This calendar contained a rare photograph of nudes (from behind) at Fly Ranch, the "disgruntled postal workers" carrying unloaded weapons, and a photo of the original gate, which was a small silver trailer manned by armed rangers. Ahh, the good old days?

For many years after it was published, new employees were given a copy of this calendar so they could study up on the early folklore, significant dates and pivotal moments in Burning Man history. I still pull it out from time to time to check and recheck important dates.