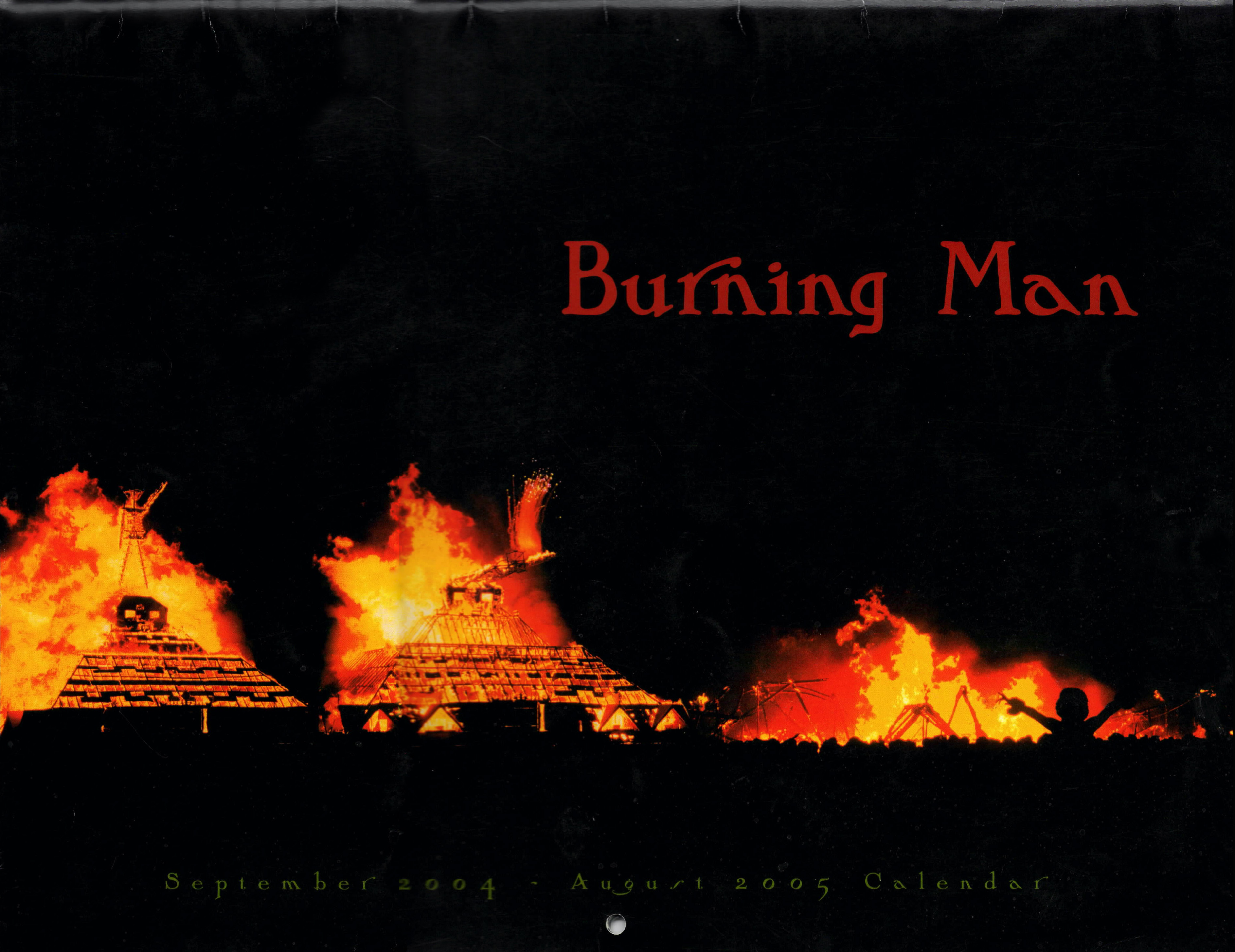 For the second version of the official Burning Man Calendar, I worked with a new designer who would become my production partner, collaborator and "Calendar Wife" for the next 14 years, the talented Arin Fishkin. This project design returned to a more standard and usable grid layout, this time spread across the entire calendar spread with a radial background effect.

The calendar included culturally relevant trivia, expanded holidays to include every major holiday in a country where there was an official Burning Man Regional community. Illustrations were incorporated from artists, as well as printed materials from camps and related events. To keep it interesting, and apparently to create a lot of work for ourselves and our volunteer assistant, a sprinkling of artifacts were included such as patches, lighters, jewelry and other objects often given as part of Burning Man's principle of "Gifting." Including these involved a lot of detailed masking and Photoshop magic, as those easy features were not yet included in photo editing software.

Deep and heartfelt gratitude to all the photographers, artists, camps, mutant vehicle owners, regional contacts, performers, artifact creators and other contributors to the project, each of whom gave permission for their work to be included and was thoroughly credited in the project and sent copies of the final product. You can learn more about the nuances and full history of this project in this post on the Burning Man journal.